The company that is today JOMA (Properties) Ltd. got its start in humble beginnings.

Our Affiliate Companies
Our affiliate companies provide services that align with the high quality and standards that your business requires.

Our Organization
We strive to provide a platform for a better, stronger and more resilient British Virgin Islands.

In the 1930s, after many years of struggle, trained pharmacist J.R. O’Neal became a small pharmacy proprietor. The building situated on Main Street in the tiny capital of the British Virgin Islands was opposite the family home and his father’s general store. From that foundation, JR, as he became known, built a widely diversified business with his wife Marie.

Their enterprises spanned everything from hardware and construction materials, fuel distribution, auto-dealerships, rock crushing and shipping, all while investing in real estate, acquiring parcels in the town and also in the countryside. 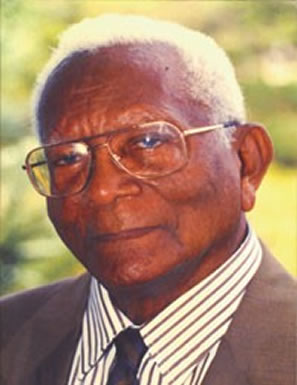 Under the pioneering leadership of Joseph and Marie, our family run company was transitioned from holding real estate to diversifying into developing real estate across multiple platforms, starting with the first multi-story office building in the British Virgin Islands, warehouses and even developing the deep-water harbor at Port Purcell.

Joseph and Marie’s spirit of entrepreneurship, innovation and proprietorship lives on in our culture, our business and our contributions to the BVI community.

JOMA’s development and property management capabilities are rooted in a strong integrated management infrastructure built around a team of dedicated and highly motivated professionals.